There are many different hypotheses about the origin of the “trabocchi”. Some historians claim even that they are the outcome of the inventiveness of the people of the Phoenicians.
Certainly among the oldest manuscripts about the “trabocchi” of the Abruzzo Region there is that one signed by father Stefano Tiraboschi belonging to the Celestinian order. In “Vita Sanctissimi Petri Celestini”, describing the stay of Pietro da Morrone at the monastery of San Giovanni in Venere (1240-1243), he wrote about the visit of Pietro da Morrone on the panoramic viewpoint, to admire the sea below “punteggiato di trabocchi” (dotted with trabocchi).

According to other scholars the origins of the trabocchi date back to some French families which moved to Abruzzo, after the devastating earthquake of the Capitanata of San Severo (Foggia) in 1627. The strong shocks generated a strong tsunami that devastated the coasts of Abruzzo causing thousands of deaths.

According to other theories, these ingenious machines originated by the cunning of some farmers which, out of necessity, were forced to fish by eliminating the unknowns related to the use of the boat.
According to others, their construction dates back to the settlement of Jewish families around the end of the 18th century.

According to the most reliable hypothesis, the origin of the “trabocchi” dates back to 1700, when, after a large deforestation of the Teatine coasts to develop the plantation, were employed some Dalmatian labors, which moved there together with their families. The largest group of these families has as surname “Vri” that, in the future, was changed to “Valentine”. Not surprisingly, still today, this is the most used surname among the owners of the “trabocchi” in the Abruzzo coast.

Also about the name of “trabocco” there are various opinions. Some people state that it derives from the “trabocchetto” that streches out to the fish that, unaware of the presence of the net on the bottom, is caught by pulling it up. Other people claim it can derive from the control system that activates the ropes. According to other people, the term derives from the similarity with the press used in the oil-mills for the pressing of the olives.

The well-known poet Gabriele D’annunzio from Pescara was so much fascinated by the “trabocchi” that he wanted to rent in 1889 a villa near the “trabocco Turchino” in San Vito Marina. In his famous novel “Il trionfo della morte” (The triumph of death) of 1894, there is a detailed and memorable description of these wonderful structures.

Originally, the main purpose of the “trabocco” was to avoid going sea fishing on a boat, thus avoiding also the adverse weather and sea conditions in the area. The net (a Libra) is sinked by using the large antennae and a complex system of ropes. Then, it is hoisted when you see the school of fish. It is a sight fishing, which uses the flow of fish moving along the ravines of the coast. Once trapped the fishes, two men raise the net, with the capstan, while two other men control the arrival of the school of fish.

Over time, the structure of the “trabocchi” has changed. Thinner beams have replaced the previous ones. As already mentioned, after the second world war the “trabocchi” remained unused. As a result, there was the loss of the workers, mainly due to the introduction of new fishing techniques. Some years ago, they became attractions for tourists. Over the centuries the “trabocco” has become the symbol of the Abruzzo coast, thus replacing its ancient role of a means of subsistence for fishermen.

Some “trabocchi” have been restored in recent years thanks to the public funding, such as the Abruzzo Regional Law nr 99 dated 16/9/1997. Several “trabocchi”, destroyed by the coastal storms and never rebuilt, were included in the State Plan by some municipalities and they were rebuilt as they were in the past.

Some historical images of the trabocchi coast 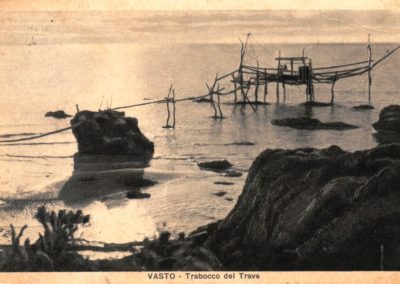 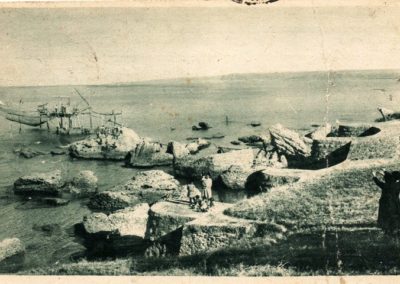 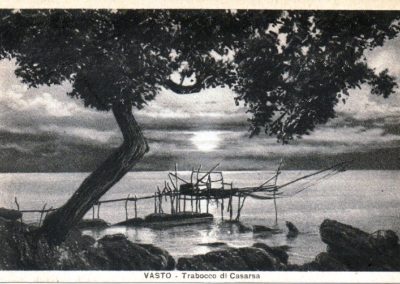 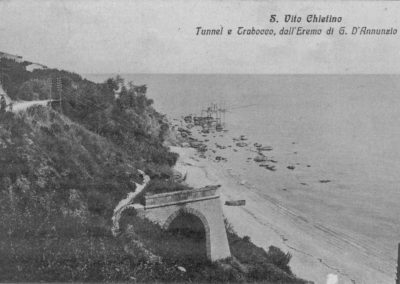 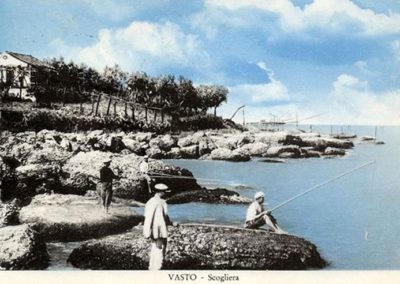 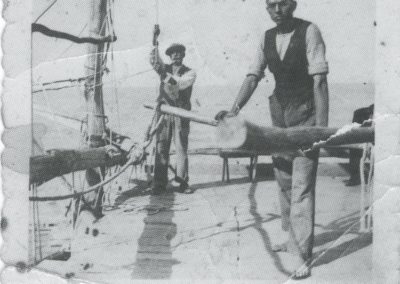 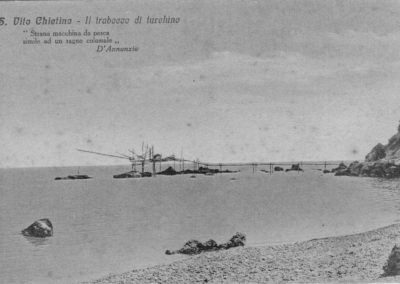 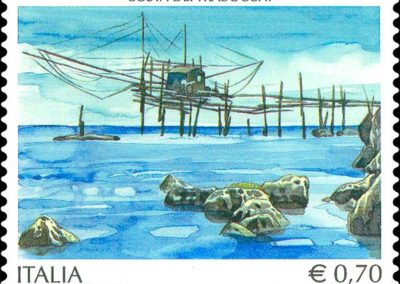 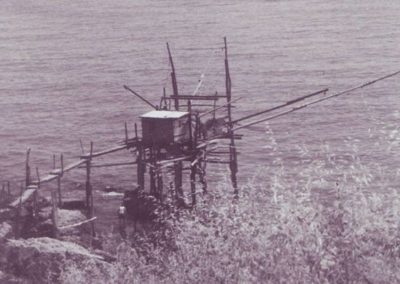 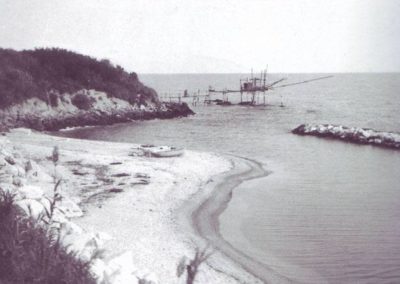 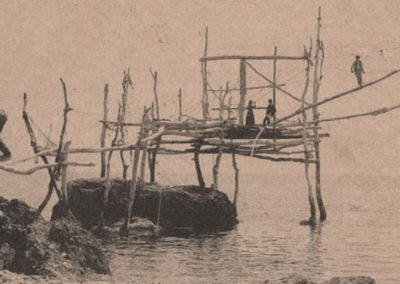